What would be a good community promotion ad?

As suggested in an answer to the earlier meta question about site promotion, one method is to craft a site promotion ad for use on already graduated SE sites. So the purpose of this question, which I based directly on the analogous one at mathematica.SE, is to solicit potential ads which are designed to promote chess.SE on more established SE sites.

Each graduated SE site has a meta question where people can submit these ads (here is the one at physics.SE, for instance), and if they receive enough upvotes they will be automatically shown by the system on that site. If we get consensus on something good here, then we can submit it to the community promotion ad questions on other sites for potential use.

When an actual community ad is submitted, it is required to be in a particular form (detailed in the mathematica.SE question linked to above). In particular, the image must be exactly 220x250 pixels, in GIF or PNG format (not animated), and hosted on SE's Imgur account. It's not strictly necessary for answers to this question to follow that format, but it would be convenient. Answers posted here should definitely include the three required elements: image, tagline, and URL.

@iglvzx here! What do you guys think of this as a community ad? 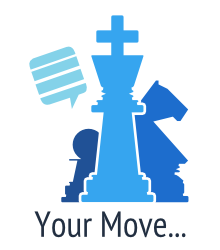 What should the title attribute (hover text) be?

Ed, I think you were thinking of something like this? 220x250 png using the "Got Milk" font. 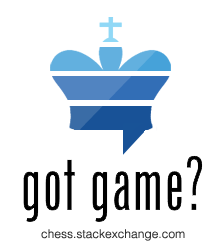 When it gets to 6 upvotes, it will be displayed on those sites on the right sidebar. 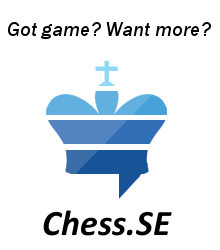 I have no marketing or graphic design sense. I just made this one to break the ice, using James Tomasino's very nice logo.

I don't know how to create a logo so just sharing my view here. If it is accepted by users and mods then we can implement this.

I would like to suggest to promote our Chess.SE in Programming SEs like Linux/Unix, Database, Stack overflow etc. As we have the following posts:

Chess program for Linux/Unix console.
Alternative approaches to chess engine programming.
What are the common mistakes make by chess engines at ELO range 1500 - 1800?

And many such on programming software engines database

In addition to these SEs, I think Puzzle.SE could also work. By stating like:

Puzzled by playing chess? Ask your doubts in Chess.SE.

Not the answer you're looking for? Browse other questions tagged discussion site-promotion .

19
What should the ChessSE logo be?
12
What avenues of site promotion do we have available?
13
Any possibility for Chess to graduate?

8
"Big-list" questions
2
When should chess.SE questions be made community wiki?
2
Do we need a "soft question" tag?
4
What can we offer that other chess sites don't?
3
That was quick: "Is Auto Chess good for the future of chess?" closed already. Why?
5
2020: a year in moderation
3
Can I create my own question template under a permissive license to allow people to copy/paste it at will?